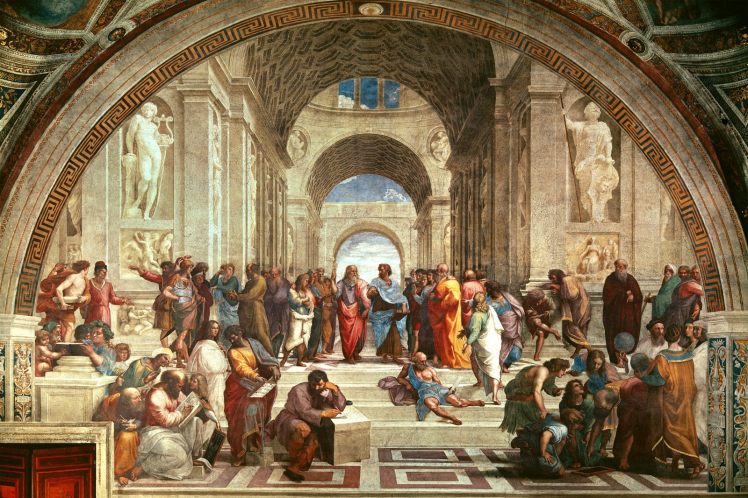 Is it pompous of me to give an answer to this question? Or, is it preposterous? Either way, what could I say, since so many have made the attempt before me, no one seemingly agreeing, at least not completely, with each other? So, allow me to babble on a bit.

My first and foremost answer to what philosophy is is it is an exploration. I see philosophy as an exploration of ideas and concepts. Ideas can be interpreted more broadly than concepts, such as a particular type of ethical theory, say consequentialism (what matters in ethical behavior is the consequences an action actually has). Or, even more broadly, say ethics in general. Concepts have a more narrow focus. Concepts often focus on the meaning of words, but could be a bit more broad, say analytic versus synthetic knowledge in epistemology (theory of knowledge). Another example would be the notion of voluntary versus involuntary actions, again in ethics.

But, the exploration of ideas does not necessarily have to be inside traditional philosophical study areas, or the ideas can cross many different areas. In some of my other blogs I have explore various topics, which while they often touch on the traditional areas of philosophy (e.g. philosophy of mind, philosophy of religion, or ethics) the primary focus is often an everyday thing like Why Do I Cook and Bake? or Is Life a Puzzle?.

So, how does a philosophical exploration get started? It is my belief (no surprise) that it starts with a question or set of questions. It is said that philosophy begins in wonder (Socrates was said to state this, and Aristotle also believed this), and wonder should cause one to ask questions. Of course, all inquiry begins with questions (e.g. science, history, legal research, or everyday inquiry). 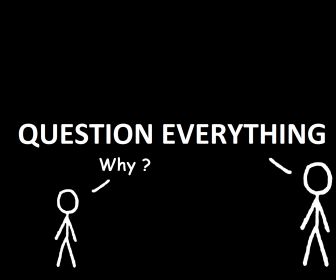 So, what makes for an inquiry in philosophy? In a sense it goes above empirical (e.g science) inquiry, but this does not necessarily mean metaphysics. Now, science is not the only type of empirical inquiry. Everyday situations call for one to find evidence to answer hers or his questions. Do I need to bring my an umbrella today? You may seek evidence by looking out your window to see if it is raining. If it is not, you may tune into the weather forecast, which is based on other people’s empirical inquiry. Matter of fact, we get most of are empirical evidence from others (really any type of knowledge).¹ However, whether it is going to rain or not rarely leads to philosophical inquiry.

An exception to this would be an exploration on whether or not we need to change our energy behavior in response to global warming. What is the evidence? What counts as evidence? How valid is it? What makes something valid? All these questions are related to epistemology and philosophy of science. There are also questions of ethics. What do we owe to future generations? What do we owe to the poor? Both groups may not have the ability to deal with the future effects of global warming. Actually, the poor are already being affected by it.

I would like to emphasize that not all philosophical inquiry begins with scientific investigation. But, I strongly believe that philosophical exploration should not ignore the findings of science when it sheds light on the topic matter at hand. This seems especially so for philosophy of mind. It can also be true in ethics. While you may not be able to derive “ought” from “is,” if  you decide that increasing human flourishing should be an objective of ethics, than science may have some relevancy, such as findings in psychology of what contributes to human flourishing.

However you come to wonder about something, that wonder and subsequent questions that lead you to explore certain ideas or concepts about that something is what I would call philosophy. Saying this, not all philosophical exploration is what could be considered deep in the sense of being central to living a life. Although, I firmly believe that the pleasure and pain of philosophical exploration itself can contribute to human flourishing—at least in my own case. For some this might not be the case, like certain existentialists.

Thus, I see philosophy as an open ended activity. I feel that in philosophy there should always be more to explore. After all, except with logic, there never seems to be any knock out drag out arguments in philosophy, so there is never any absolute answer to be gotten at in philosophy. You can never cash the check. Not that one cannot arrive at firm conclusions, where it is best to accept what you have concluded—at least for the present.

This is where pragmatism begins to be important, especially in situations that are live options in any philosophical exploration, such as ethics. Pragmatism is usually considered as equating truth with what works or with what is useful. However, pragmatism in my opinion is not about anything goes. The proof is in the pudding. If in philosophy you find a workable solution, than there should not be many objections. Of course, its philosophy, so there will always be objections. Ah, this goes to show how philosophy is an ongoing affair.

One thing I feel strongly about is that no philosophy should present a final answer on anything. If this occurs, philosophy becomes more akin to theology—it becomes dogma. Again, firm conclusions can be reach, but they should still be open to challenge, just like science, where the findings are much more certain.

I have formed a maxim: The only good answer is one that leads to another question. Maybe it should be the best answer is one that leads to another question, but this is the way I originally formulated it, and I am willing to stand by it for now. So, in philosophy questions should be queen, as mathematics is said to be for science. If I cannot ask another question in philosophizing, it is time to take a break and come back to whatever I am exploring to give my mind (brain*) some time to reconsider the situation.

Should I babble on any longer? I would like to conclude with some things that go into the making philosophical explorations.

One thing I think it includes is reflection. A google search brings up as the second definition: “serious thought or consideration.” The key take away here I believe is “serious.” Philosophy should involve serious thought; it should not be taken lightly. Although, some lightheartedness from time to time would not go amiss.

Another component to philosophical exploration is analysis. Here, I would be in good company with the analytic and ordinary language philosophers. Analysis in my mind is to look closely at what a concept means and what it commits you to thinking. Finding adequate definitions (hopefully shared) is important. If your language can be can be tossed about, you maybe in danger of drowning in you own words, and not be able to effectively communicate your ideas, both to others and yourselves. By what a concept commits you to I mean what it logically entails. If you do not like what it entails, a change in definition or the use of a different concept may be in order. Not that definitions should be handle willy-nilly.

I also think it includes investigation of the facts. Philosophy divorced of facts is bankrupt. This is where scientific findings can come in. If you explore some idea that has a link with the real world (practically everything, except logic with exceptions), it is incumbent upon you to get the facts straight, whether that includes scientific results or just looking out your window.

Parenthetically, I inserted logic above. Logic is its own animal. However, logic is not just one thing; there are different types of logic. Each form of logic has it own set of axioms and rules for forming true statements within that particular logic. What logic works with most is propositions, but different logics work with propositions in different ways. There are modal, symbolic, syllogistic, many-valued, fuzzy, and non-Aristotelian, plus other types of logic. Most share some axioms and rules, but not all. Many-valued logic has broader scope of possible conclusions, and non-Aristoelian logic does not admit the law of excluded middle (something is either A or not A). I will not go into how any of these logics actually work, I brought it up because I wanted to show that logic does not always mean the same thing or apply to the world in the same way. For example, some would say logic without the law of the excluded middle applies to the quantum realm (that of the atom and below).²

I will leave you with a suggestion—get exploring. For what? I will leave it to you to ask your own question(s). Surely, you must have at least one.

¹ For more on secondhand knowledge see my blog – Are You Sure?

² For a look at quantum physics see my blog – What Is All The Weirdness About?

* I am a materialist, so I naturally believe that the cause of the mind is the brain, maybe looked at from a different angle. For more on my materialist’s views on the mind see my blog – Why Are People Afraid of Their Brain?

14 thoughts on “What Is Philosophy?”